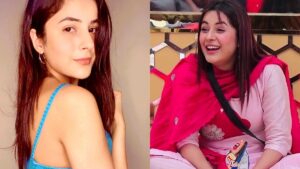 Shehnaaz Gill has been a popular diva, singer, actress and model. She has been the apple of eye since Bigg Boss 13 came on the floor. Talking about marriage she says – “Shaadi? Meri umar nahi hai shaadi ki. Ab mere paas hai time. Agar main struggler hoti toh main pakka shaadi kar leti. Mere bachche bhi ho gaye hote (Marriage? I don’t think I am at the age where I should get married. I still have time. If I was a struggler, I would definitely have been married. I would have kids also by now).”

Shehnaaz Gill further adds and says – “But abhi mere mehnat karne ka time hai. Main mehnat kar rahi hoon aur main shaadi karungi jab mera mann karega (But right now, it is time for me to work hard. I am working hard and I will get married when I feel like it).”

Exclusively, immediately after Bigg Boss 13 came to an end, Shehnaaz  Gill  did participate in a swayamvar-themed reality show titled Mujhse Shaadi Karoge. She was supposed to find her life partner on the show but failed to form a connection with any of her suitors. She still claims that she is in love with her Bigg Boss 13 co-contestant Sidharth Shukla, even if he did not feel the same way about her.