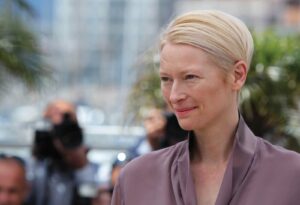 Back in September 2019, during an interaction with Entertainment Weekly, Dev Patel recalled his first day on the sets of The Personal History of David Copperfield and revealed he accidentally elbowed Tilda on their first day of filming together. Dev explained that as soon as he accidentally hit her, he thought he had broken a tooth or two.

She also tells – “I accidentally elbowed Tilda in the mouth. I was so nervous. It was my first scene with her. There’s a whole thing where he’s almost about to pass out and he’s trying to find a couch to land on and I was spinning around and flailing and I kind of did like a UFC elbow,” he explained. “And Tilda just stopped and I thought, ‘I just broke Tilda’s teeth in the first scene.’ And she was very gracious about it. All of her teeth are intact.”