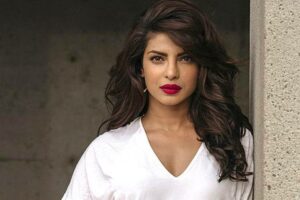 Priyanka Chopra is well famous for her acting skills, success and being the most versatile actress. She gets in Hollywood some stint earlier. But still the love for nation, the love for Bollywood is more than equal than it should have been. Recently in an interview talking about how Nick Jonas is adapting Indian Culture and how well is he onto it. Priyanka Chopra says – “Nick took to India like a fish to water. But just like a normal couple, you have to understand each other’s habits and what each other likes. So it’s more of an adventure than trying to figure out hurdles. None of it was really that hard.”

Priyanka Chopra further adds and tells that – “It’s so comforting to find a person who is in your corner. Whatever I may be in my professional life or how the world perceives me, I’m just a girl trying to live her life in the best way possible, and I’m so grateful to have a partner in doing that.”

As recently Joe Jonas and Sophie Turner did Welcome their first child. Now everyone’s eye is on Priyanka and Nick. Talking about kids Priyanka Chopra says – “I do want children, as many as I can have.”