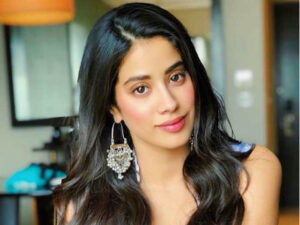 Janhvi Kapoor says she never made her first move on someone. She also reveals that she did lie to her father once and took a secret trip to Las vegas but she do confesses it in front of her father Boney Kapoor.

Janhvi Kapoor recently shares more about her and her dating life in a chat show with Kareena Kapoor “What Women Want”. Jahnvi says that she has never been on the initiate things. She shares -“But I am very sly. I will drop my hints but I won’t make it too obvious till I know the other person is for sure interested. But mazaa aata hai na thoda sa aise eyelash bat karne mein, mazaaki banne mein (it is fun to bat eyelashes and have a fun banter). I enjoy the attention. Also have never made the first move. I am a little bit of a phattu (coward) like that.”

Talking about one lie she did spoke to her father, she says that – “Like, yesterday, for the first time, I told my dad that I lied to him and told him that I was going for a movie but I took a flight and went to Vegas from LA, roamed around and took the flight back in the morning. He didn’t know.”