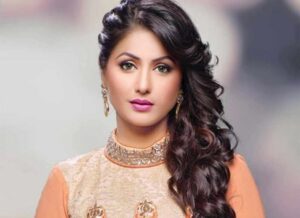 Hina Khan has always been popular from starting for “yeh rishta kya kehlata hai“. Breaking that stereotype or image was somewhat difficult for former Bigg Boss Contestant. She talks about it and says – “When you take up a project, you never think about how it would turn out later. I know I started with Akshara, and she became larger than life and I am so proud of it. I did it for eight long years and considering how it works now, it is very difficult for actors to continue doing a show for such a long time. But ‘Rishta’ is still doing great, it feels nice to know that it is doing so well whether I am a part of it or not.”

Hina Khan further adds – “Of course, I would not deny that I got a huge opportunity to work in a show where I played such an iconic character. But when I left TV, it was not an easy journey. It wasn’t easy to break through or break that image or stereotypes that came with it, you get typecast. The longer you do, the more typecast you get. And I had done it for the longest time, so it was very difficult to break that bahu image and come out as a fashionista. But I didn’t give up, you just have to work here.”