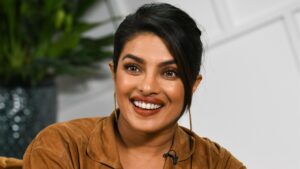 Priyanka Chopra says when she begun her journey in the West, there was no one to facilitate her entry into Hollywood with apt with opportunities. Priyanka Chopra recently talks about the road of being produces and says – “I don`t put myself in a box. I am very organic with what I feel. I am doing a comedy with Mindy Kaling, which is probably one of the first few romantic comedies in Hollywood that you will see with all-South Asian star cast. Don`t remember the last time that has happened. So that`s something very exciting. It was my quest.”

She says – “When I started working there, nobody made opportunities for me. In fact, opportunities for people who are South Asian and look like us are very limited in Hollywood. I wanted to be able to be a kind of producer that creates that.”

Priyanka continuous and says – “I`m (also) doing a reality show. This is going to have couples from all ethnicities, all religions, celebrating a Sangeet. To take an Indian tradition and open it out to the world and have them understand, this is what I`m doing.”

She tells – “I`m taking the India that I know, the India that I have grown up in, and sort of creating things where there is a normalisation of seeing South Asian people in entertainment. In my little way, I`m trying to do as much of that as I can. When I came into the movies, I didn`t even know I could act. I was a 12th standard girl who suddenly became Miss World. And then suddenly, I was thrown into the movies. I didn`t have the privilege of going to film school or understanding what cinema was.”