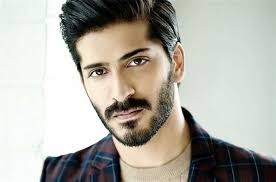 Harsh Varrdhan recently shares the experience of response over the success AK vs AK. He says – “Appreciation messages I’m getting from viewers and the industry are overwhelming,” he says, and goes on to praise Vikramaditya Motwane’s (director AK Vs AK) vision as “different and experimental”.

Talking about he was conscious sharing the screen with his father Anil Kapoor or not, Harsh Varrdhan says – “I’m somebody who prefers being well prepared even for a supporting role in AK vs AK. When facing the camera I concentrate on my part, and don’t really see it like, ‘oh this is my father, who’s veteran in the field’. And look at it as if I’m collaborating with any other actor.”

He further explains about legacy in Bollywood and says – “In our society there’s not enough emphasis on embracing our own individuality. If I start thinking that my dad did this film in 1986. So now in 2026 I can make a remake of that film, I’ll go crazy. I didn’t became an actor to do remakes or pay homage to all of those films. I want to create my unique filmography. This whole legacy/lineage thing is a bit limiting.”

Talking about films he adds – “When it comes to my films, my preparations and choices are very personal. If I get a script I go to my acting coaches and discuss with them… I think box office has zero relevance when it comes to determining quality of a film. Many box office disasters are actually fantastic films. Getting someone to buy a ticket to watch your film is beyond your control. What’s in your control is the choices you make, the process and your intention. I also want my films to be box office successes but should happen naturally.”